Deprecated function: The each() function is deprecated. This message will be suppressed on further calls in menu_set_active_trail() (line 2394 of /customers/c/a/1/bestbefore.org.uk/httpd.www/portal/includes/menu.inc).

Is it really a crime taking some food meant to be sent to landfills?
Full article: http://www.theguardian.com/uk-news/2014/jan/28/three-charged-vagrancy-ac... 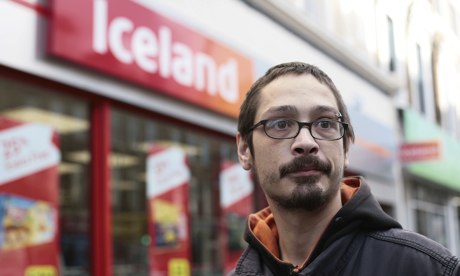 Paul May and his two fellow defendants will appear before magistrates charged under an obscure section of the 1824 Vagrancy Act. Photograph: Martin Godwin for the Guardian
A man will stand trial next month after being caught taking some tomatoes, mushrooms and cheese from the dustbins behind a branch of Iceland.
It is expected Paul May, a freelance web designer, will argue that he was taking the food because he needed it to eat and does not consider he has done anything illegal or dishonest in removing food destined for landfill from a skip.
The case will require magistrates to scrutinise the phenomenon of "skipping" – taking discarded supermarket waste to cook and eat, and will highlight the issue of how much supermarket food is discarded, despite long campaigns to reduce the waste. It will also focus attention on a group of people taking radical steps to feed themselves as they struggle with the rising cost of living in London.
May, 35, along with Jason Chan and William James, all residents of a squat in north London, were arrested on 25 October, just before midnight, after a member of the public called the police to report three men climbing over a wall at the back of Iceland in Kentish Town .
Police arrested the men as they left the area with a holdall and trolley containing food. The total value of the items taken allegedly amounted to £33 and they were of low value, consisting of tomatoes, mushrooms, cheese and Mr Kipling cakes.
Initially arrested for burglary, the three men were charged under an obscure section of the 1824 Vagrancy Act, after being discovered in "an enclosed area, namely Iceland, for an unlawful purpose, namely stealing food".
Police returned the items to the Iceland store. The men were held in a police cell for 19 hours before being released, May said.
Lawyers for the three men have asked the Crown Prosecution Service to consider dropping the case, but the CPS responded this month that the case would go ahead, because "we feel there is significant public interest in prosecuting these three individuals".
Newsletter Info | Newsletter Friends